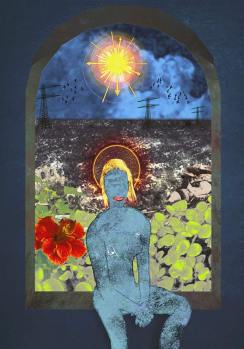 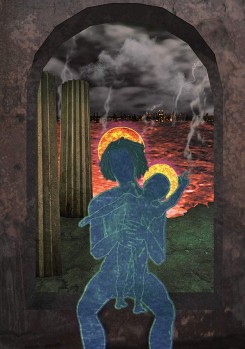 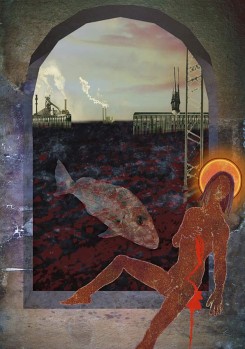 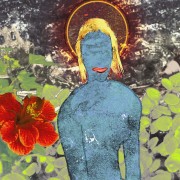 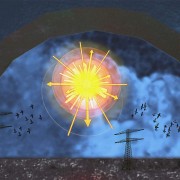 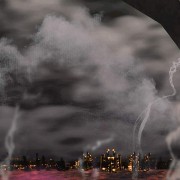 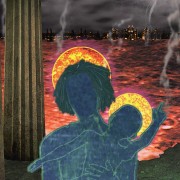 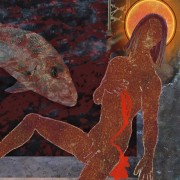 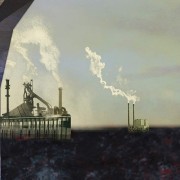 These three works are the first successful attempts to create digital art: A young woman smiling, destined to be a saint in a black world, a woman gave birth to her to-be saint son, destined to become a martyr in this dying world, a dying saint, a young man, a fish watching him from a polluted sea. The description for all three works in this series is the same:

In these series I tried to combine the idea of a religious painting with the way we have come to look at our future: dark, filled with industrial waste, or maybe we are living on other planets, who knows. What will our saints look like? Will there ever be new saints when we leave our solar system? Or is this an Earth-bound phenomenon?

The idea of having saints in the dark future that might lie ahead could be comforting one, we might really need them. Or maybe the idea is an impossible one, I don’t know.